Well, here we are smack dab in the middle of the season of bunnies & tulips. The sniffles, exhaustion and pure Sunday-ness of the current moment are prohibiting me from saying something about spring and renewal and religion and or even chocolate. I mean. Me not coming up with 500 words on chocolate? There is clearly a disturbance in the writing force. The old battery pack is drained and my body is sending me a clear message to take it easy or suffer all week-long. Message received, body.

However, I’m carrying on and much of today will look like me resting, nibbling on candy and reading. Here’s a list (I promised you it would happen!!) of things I liked and read or want to read:

Alex DiFrancesco on Disappearing Before Coming Out: Whoa. This is a tour de force about disappearing and coming out as transgender. I was blown away and cannot recommend it enough.

Alison McNearney on Fabrege Eggs: Okay, so I am a straight up nerd for art mysteries and I will be gobbling down this story about the missing Fabrege Eggs along with some Cadbury Mini Eggs later.

Emily Nussbaum on Colbert: I don’t always agree with Emily Nussbaum and that’s a good thing. Her analysis of television comes from the place of a fan who wants to see it at its absolute best and sometimes it’s peppered with some harsh truths. This piece about Colbert will be devoured and enjoyed by me today (and probably tweeted about later.)

Yours Truly on Lots of Shit: If you can’t promote yourself, how the hell are you gonna promote someone else? Can I get an amen up in here? RuPaul misquoting aside, I’ve been writing everyday this month and if you’ve missed a few, Sunday is an excellent day to catch up. Why not read about my man crush on Aquaman? Or my take on the new documentary Strike a Pose? How about taking in spring flowers even as the world collapses around us? Or maybe read an unexpectedly popular post about potatoes?  In all seriousness, I’m so grateful for the new subscribers, followers and forwards that April has gifted me. I’m glad this crazy ass idea of writing ever day is paying off. So thank you for that.

That’s all for now. Back tomorrow with an essay about, well, my ass. So that’s something to look forward to. Enjoy your own Sunday and as always tweet me or leave links in the comments section of what I should read!

I turned 44 years-old last week which is not remarkable in and of itself. In fact, it’s only remarkable because I no longer make my birthday an over the top 3 day long mandatory hostage situation from hell. Thankfully, this year it quietly passed like a well-dressed stranger who walks by me in a hall and whispers, “You’re old.” But I was thinking about all of the wisdom I’ve gained in my 44 years and all of the amazing tidbits I could pass on to younger folks. After all, I’m a chatty muthafucker. Certainly, I can come up with a couple thousand words of priceless advice gained in my four decades on this planet? Uh. Yeah. Turns out, I couldn’t really come up with anything. 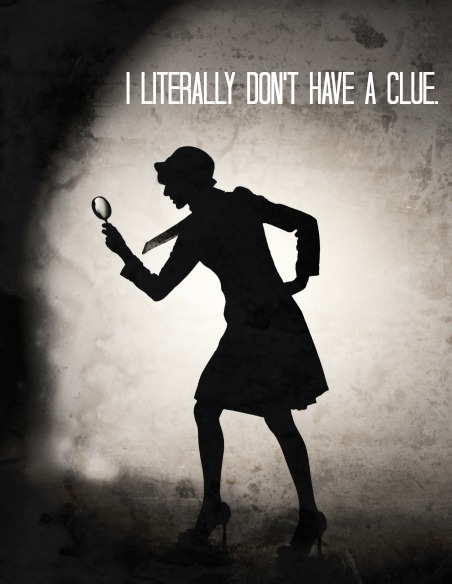 The more I’m around (which is a weird saying like the earth is a coffee shop that I’ve just been hanging out at for forty plus years– wait. Maybe it is?!?) the more I realize I don’t know anything. Not like anything “anything” like my brain has been wiped clean of all vital information. I still know the important stuff: my name, my address, my mother’s maiden name, all the original Charlie’s Angels chronological by appearance. But treasure troves of amassed wisdom collected through the years and just waiting to be doled out? Like I said I got nothing. Maybe I’m not wired in the “have life experiences and turn them into priceless chestnuts of knowledge” kind of way. Admittedly, the whole Life’s Little Instruction book, Chicken Soup for the Soul, Advice from Kindly Old White People isn’t really my style. I’m more of the “OMG. Something horrible happened that I probably caused but now it’s fucking hysterical and here’s why” kind of person. Besides, I actually think being in a place of “I Don’t Know” is a kind of a great thing.

Like take this very moment in my life, for example. As I’ve mentioned, things have happened in my husband’s career that have us moving to Portland, Oregon. It’s a move I’m excited about and one with crazy timing right after my grandmother dying and a host of other weird cosmic shit that I could never come up with on my own (more from the I Don’t Know file) We were going to move in the spring. Then the location was fast tracked and we were told we were moving in January. I did all the stuff–told the day job, started collecting boxes, slowly saying goodbye to my beloved recovery family. A relocation of our lives right after the holidays while working a ton was going to be hard but I rolled up my sparkly sleeves and got busy. This was all moving along swimmingly until Thursday. Thursday afternoon we got news the move was now postponed again until March. Ugh. Intellectually, I know all of this is actually fine and I know the timing isn’t up to me and etcetera etcetera. But the I’m currently in a place of I have no clue what I’m doing or what’s going on. And this is okay. 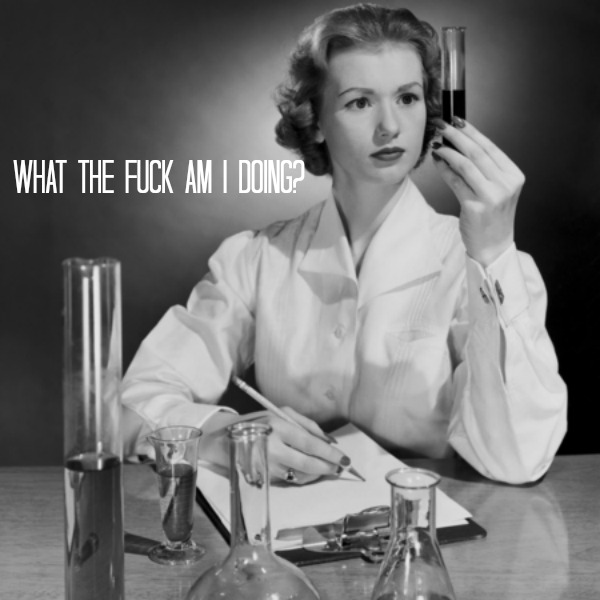 Not knowing the future. Not knowing when I’m moving. Not knowing the exact moves of my career and how everything will shake down until the day I die sounds a lot like faith or trusting the universe or whatever you need to call it so your spiritual panties don’t get all twisted up. Sure, if I want stuff and have goals I need to do the work. I have to show up and do a series of things (go to meetings, make phone calls, send emails I don’t want to send and ask over and over again for what I want) to help me get there. But things like how or what or when? Honeychild, that shit is not up to me.

Getting into this glorious place of I Have No Damn Idea is actually pretty freeing. Without having my stomach twisted in knots about controlling things I can’t change (gee, I wonder where I came up with that idea?), I’m now free to focus on what I do know. What I do know is that it’s the holidays and I might as well enjoy them. I’m gonna bake and go to a holiday party and even host one of my own. I know that I’m getting paid to write a lot lately so I’ll do more that for sure. I know that I love the guy I married five years ago so I’ll hang out with him and our insane feline children as much as possible. I know there’s a ton of fantastic movies out right now so I’ll watch as many of those as I can. I know that moving and my career and even the insanely depressing political climate will all work out. Perhaps maybe not in the way I want it to or when I want it to but it’ll all come together.

Until then, I also know that there isn’t anything that a duet with Linda Ronstadt and Aaron Neville in a denim vest can’t fix.