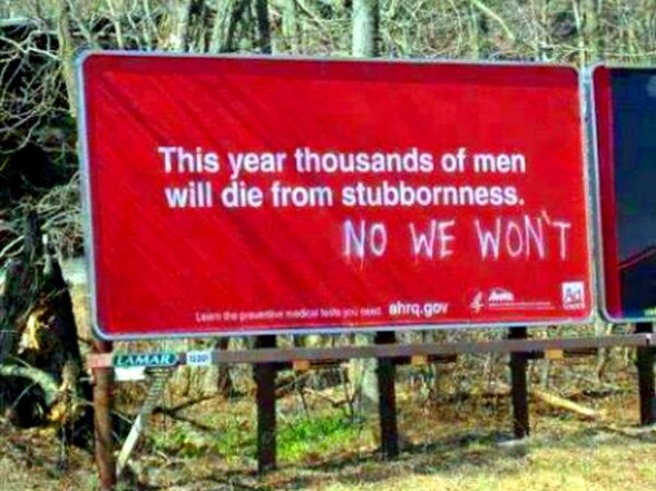 Hours and hours of laughing. How dare they. Didn’t they realize the state of the world? Didn’t they notice that the planet was slowly hurling itself into a vortex of shit? Hadn’t they been paying attention to the last year and a half of jaw-droppingly horrendous headlines? Surely they must have. But here they were. My two coworkers the day after the Inauguration laughing their heads off. Not just polite, ladylike laughing either. That kind of laughing where you can’t breathe and have to take breaks to wipe the tears from your eyes. How dare they.

It annoyed me because I knew it’s where I needed to be. I needed to be laughing. After all, laughing and rolling my eyes is my preordained destiny on this planet as a smartass since birth. Yet last weekend, I simply couldn’t rally. I was,for lack of a better word, mopey. Like really mopey for the better part of a week. Like dress me in black and turn on some Morrissey mopey. Like that sad white blob in the depression medication commercials mopey. It wasn’t until Wednesday when my sponsor and I had our weekly conversation wherein I own all of my crazy/toxic/weird ass behaviors and actions that I was able to really laugh. It wasn’t I until then that I realized I got wrapped up in groupthink misery and forgot Rule 62.

Ugh. How could I? I always prided myself on being able to see the sassy, sarcastic side of life but for about five days, I just couldn’t muster that shit up. The irony here was that I am always the first in line to roll my eyes at humorless twerps and here I was among them. Yet upon consorting with my Twitter posse, I learned I wasn’t alone. A lot of us we’re struggling to see the light at the end of the current events tunnel. There was general malaise for days, honeychild and it felt pretty bleak. Even extremely funny folks whom I always relied upon to help not turn Facebook into a graveyard of depressing “The End is Nye!’ status updates were now posting things that made Sylvia Plath feel like Preston Sturges. After days of this mopey marathon, I’d had enough. Yes, there are things in life and in the news that should be taken seriously. But Sean Paul Mahoney is not one of them. As person who has also been given the gift of diagnosed massive depression (Oh! You shouldn’t have!) living in blah is a fucking terrible place for me to be. I had to snap out of it and the people closest to me sensed it too. 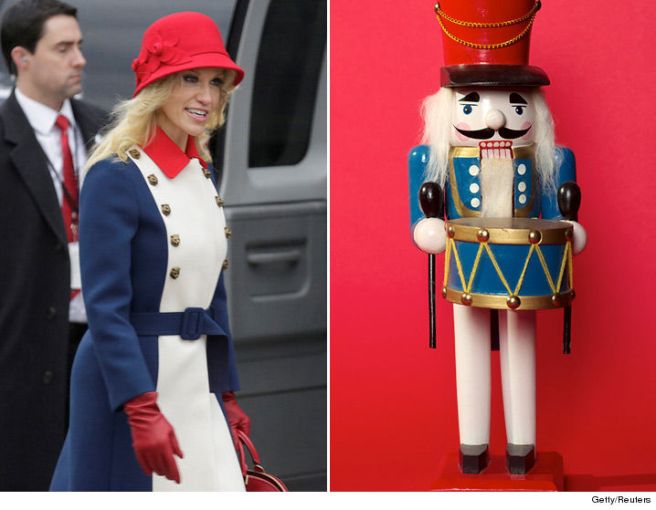 My husband, the person who unquestionably makes me laugh the most, showed me the above image right before I went to bed last Friday night. He did so with a caveat, “Look I know you’re not looking at the news today but I think you’ll enjoy this.” He was right. Look, I’m a gay man with a heartbeat so OF COURSE I thought a white lady with bad hair dressed like a cracked-out nutcracker was funny. That sort of thing transcends political lines. It’s just funny. Thus my journey to be less mopey began.

By Thursday, I was back to laughing at work. After hearing the thunderous clang of a poor person who didn’t realize our large glass doors were in fact not open, I shared my story of how I did the same thing. It was when I first started and I was sent to run across the street. Ever the people pleaser, I set out on my mission and darted out the door– or into the door rather. My head hitting the glass made a dreadful sound that stopped the chattering, packed lobby cold. Before the even more humiliating choruses of “Oh my Gawd! Are you okay?!?” began, me and my bloody nose ran out the door and across the street. My coworker who is fairly new and not around at the time, was laughing her face off as I recalled the story and I was laughing too. I occurred to me then, like earlier with my sponsor, this is what we do for one another. This is how we help each other. We laugh together. And if you think about it, being a smartass in this current climate seems pretty punk rock.

When I first started writing a lot as a teenager, I really wanted to be serious. I wanted people to know how dark and profound I was. Yet time and time again, the critique I always got–and still occasionally get- was “You’re writing is better when it’s funny and honest.” 30-some years later, message received. I was booked to speak at a twelve step meeting once not because my deep and inspiring journey was going to change lives but because, in the words of the person in charge of booking speakers, “You’re just really funny.” So I’ve leaned into being a clown and am honored the my goofy dipshit antics can benefit someone else, even for just a few moments.

Therefore, having a sense of humor right now feels particularly powerful given that the current administration is one of the dumbest and most humorless ever. Even Bob Dole, with the face of one of the evil trees from the Wizard of Oz and who walks through like he’s got a porcupine up his ass, reportedly enjoyed being parodied on Saturday Night Live, something What’s-His-Face is perpetually butthurt about. This is unequivocally a group of people who can’t laugh at themselves, who didn’t get the Rule 62 memo. We are living in times when inflated fragile egos and dour brainless bragging are trying to flatten wit and creative expression. The reality is crusty honkies in ill-fitting suits with no sense of humor are now running this joint. When I stop laughing, these assholes win. If I wanna resist and hang onto my sanity, my recovery and my soul I have to laugh. Moreover, I have to make others laugh. And If that means running into another glass door for you, I’ll do it.