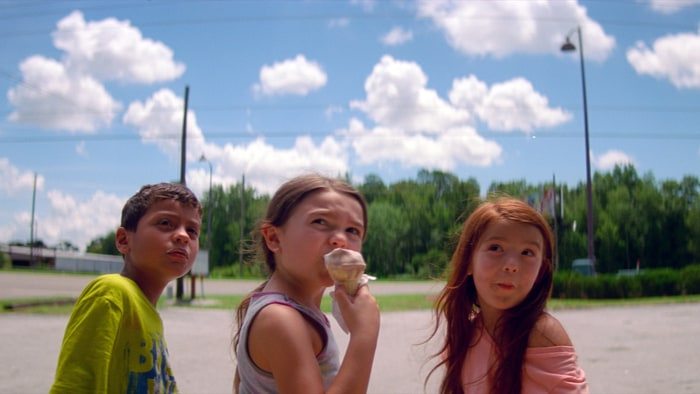 Like all good year-end reflections by all decent upstanding homosexual men of a certain age, mine begins with Bette Midler and Barbra Streisand. And oddly enough in 1991, not 2017. See, in 1991 at the age of 19 I was living alone in an apartment in downtown Denver. Yes, I was working at my parents bookstore. Yes, I was going to school but what really made me an official adult out on my own was the ability to see movies all by myself. The hours of waiting for someone to take me and the days of practiced pitches about why we should go see Beaches instead of watching the Super Bowl were over. I could go see whatever the hell I wanted and when I wanted. And I did just that. While 1991 wasn’t exactly peak Streisand or hot as flames comeback Midler but that didn’t stop my gay ass from going to see The Prince of Tides and For the Boys, respectively. I’m pretty sure I loved both movies but what I really loved was the new act of independence along with the old comfort that film had always provided. Today, at the tippy top end of 2017, I’m happy to report that comfort and hope that movies have always given me is still very much alive and thank fucking god.  2017 was a year where movies really, really needed to do their job and here’s four films, in no particular order who did that job spectacularly.

The Florida Project: Every year, there’s a smaller, more emotionally driven film that critics love and that I usually love but somehow gets flattened when it comes to Oscars season. (Don’t talk to me about what happened to my beloved Boyhood. I’m still angry.) The film like that this year looks to be The Florida Project. Much like my trips to see Barbra and Bette, I saw this one alone at a matinée. Not flashy or hot button or big budget, I dare say The Florida Project is the most American film of the year. At once a portrait of America’s “hidden homeless” and a rollicking look at childhood mischief, The Florida Project easily pinpoints everything right and wrong with how we live in 2017. Heartbreaking, hilarious and utterly unforgettable, this movie made me remember why I love movies in the first place: at their best they show us the possibilities and serve as a mirror. The Florida Project delivers on that and so much more. Plus, it has the best ending of a film that I’ve seen in years.

Wonder Woman: My love and admiration of Wonder Woman is long and storied. Suffice to say, I dressed up like her in kindergarten and even have her tattooed on my arm for over decade. Thus my expectations were high and I’d been reading about the proposed movie versions for nearly two decades. To think we almost got versions with Sandra Bullock and Beyoncé. Shudders. Well, obviously it was worth the wait. In fact, I’d say Wonder Woman showed up just in time. While she was fighting Nazis on the big screen, real life Nazi assholes marched later that summer. Likewise, it was hard not think of her when modern villains like Harvey Weinstein were being heroically taken down by brave women. Aside from being a movie of the moment, it’s just a darn entertaining film with a fantastic lead performance and jaw dropping action sequences.

Three Billboards Outside Ebbing Missouri: Many a long-winded internet essay has been penned on this film and the multitude of hot button issues it touches upon. From missing the boat on delving deeper on violence against women to being tone-deaf on racism by law enforcement, everybody has something to say about this movie and respectfully, I think they’re all wrong. What I have yet to read about this film is how it’s a meditation on grief and resentment which turns into revenge. It looks at our worst impulses and somehow makes them relatable and even funny. Darkly hilarious, the script by  Martin McDonagh is razor-sharp and takes no prisoners. A true playwrite, McDonagh isn’t afraid to let these people talk and have opinions, even if their opinions are horrible or wrong. Utterly unforgettable and badass in every sense of the word, Frances McDormand gives an already iconic performance in a film that you won’t soon stop talking about either.

The Shape of Water: I’ve already put my boxing gloves on and I’m ready to throw down with the first person who poo poos this film as a lightweight fairytale. Why? Because it’s so much more and perhaps more important than we realize. Without discounting the numerous and significant cinematic charms–the delicious soundtrack, the stunning visuals, the crisp pacing, The Shape of Water is at its heart a film about generosity and tolerance.  A black woman, a gay man, a mute and yes, a sea creature all love and protect one another in a movie that’s part Beauty and the Beast and part 50’s horror film. Guillermo Del Toro does what he does best in creating an unforgettable world but also shows us how the people we so often throw away take care of one another. I confidently say it’s my favorite film of 2017 and one I believe other 19-year-old movie nerds will find hope in too. It’s a beautiful film, a magical film and even an important film. And I’ll fight anybody who says otherwise!

Additional shoutouts to other cinematic hope providers like the witty, wonderful and wise Lady Bird, the complicated and scary The Beguiled, the important City of Ghosts, Tiffany Haddish’s performance in Girl’s Trip and the totally gorgeous Call Me By Your Name. I guess it should be noted that I have yet to see several big films like The Post or hard to find movies like Faces Places and BPM. But I will! In the meantime, what are some of your favorites from 2017?