Skip to content
seanpaulmahoney Sean On The News November 7, 2016 4 Minutes 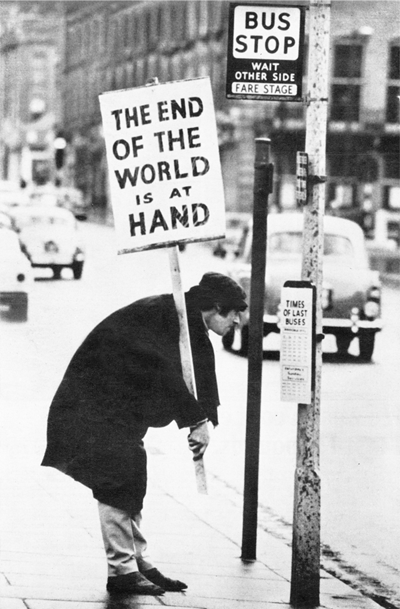 Today you will eat breakfast and go to work. You will come home and eat dinner. Tomorrow you will most likely do the same. And, spoiler alert, on Wednesday you will do it all yet again. Despite the promise of having to dodge fireballs or climb out of wrecked buildings which spontaneously collapsed due to the results of the election, you will be okay and your life will continue. Which I suppose is somewhat disappointing. It’s like if the asteroid in that Bruce Willis movie had gotten bored, decided that hitting Earth was stupid and took a nap instead. We’ve all been sitting on the edge of our seats waiting for the worst to come for so long that it’ll feel like a bummer if it doesn’t happen. But the fact of the matter is that despite our,what the genius Sandra Bernhard once called, “post-apocalyptic fantasies”, we are emotional cockroaches and capable of surviving. Besides, it’s just an election, girl. Chill the fuck out. 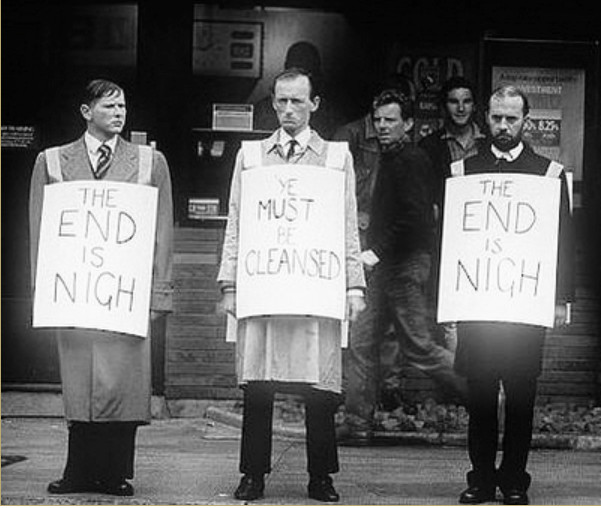 “I’m just really nervous,” is what I’ve heard about half a dozen coworkers say about this election. And I get it. There’s a lot at stake and blah blah blah. But,for me,it helps to have some perspective. When I hit rock bottom eight years ago in this exact month, it was during another highly charged election. That election, which coincided with the financial world also hitting rock bottom, felt like the end of the world. I was in California at the time so not only was there a presidential election at stake but a hateful proposition banning gay marriage.Compounded by watching the chattering parrot from hell that was Sarah Palin on television and tuning into CNN daily to see how terrible everything was, I too was really nervous. I soothed those nerves with tequila, cocaine and beer and whatever else I could find. The world felt incredibly bleak. Sure, dousing my life in booze wasn’t exactly helping matters but I was on edge to say the least. Well, other than Obama winning the worst case scenario did actually happen in that state. Prop 8. passed. Nearly two months later I got evicted from my apartment. Soon after that, I ended a longterm relationship and got sober. The start of 2009 was a turdfest of terrible events all set in motion by that November. It was a dark period, honey child. Like Sylvia Plath fucking dark. Like turn on some depressing music dark. Like Dickens orphan dark. Oh and it kinda stayed that way too. I didn’t stop drinking and change my whole life to suddenly wake up in a musical number. The contrary. Things got even harder. But I survived and I was alright.

My story is not uncommon among sober people. For those of us who’ve battled drugs and alcohol surviving is kind of what we do. Coming out on the other side of near life destroying events is our thing, dawg. It would be our talent in the Miss America pageant. During this non-stop WTF-fest of an election, sober pals and I have laughed a lot. The idea that maybe this country just needs to hit bottom, admit it has a problem and then get help has been tossed around more than once. It’s a funny analogy and certainly one we’re familiar with. But it isn’t the craziest thought ever. After all, everything being really, really jaw-droppingly bad and having to start from scratch worked for us so why couldn’t it work for a whole country? Hungary, Greece, Egypt all have hit bottom. England seems like it hit bottom but could have a few relapses in them before they get better. France’s rock bottom looks like it’s around the corner. The point is, everything crashing and all of the shit hitting the fan at once is a good thing. If that’s our collective path then I say okay. Bring it on. After all, acting like unhealthy, toxic and unsustainable ways of living are just fine and dandy sure sounds a lot like how I used to live as an addict. Might as well embrace the shittiness and work hard to get better.

Yet there’s another option. Maybe you’ll wake up on Wednesday morning and everything will be okay. Because if you’re able to eat, if you have people in your life who love you and have a roof over your head everything is pretty okay right now so why wouldn’t this fabulous okayness continue? There’s no reason. This existence that you’ve carved out where things are pretty damn great, thank you very much, won’t be shook by a person with a job in a house that happens to be white. This is the truth. I said this to my 20-something co-worker, who enjoys being right almost as much as he enjoys his Vape pen, and he responded, “Yeah but what if…” followed by a chain of world events that could happen but won’t exactly happen right now or on Wednesday morning or even by the end of the year. Basically, we are okay and will be okay even if the world isn’t.

With a little emotional intelligence, gratitude and unexplained magical protection from the universe, I’m gonna be okay. I know this because my doom and gloom mind which regularly says, “This time you’re really fucked!” is proved wrong on a daily basis. My cats, my husband, my family are all gonna be alright too. We’ll all get up on Wedensday and eat breakfast and go about our days and come home and eat dinner. It’ll all keep going, in the beautifully boring, free of fireball way that it always has. I’m going to be alright and you are too. In fact, we already are.