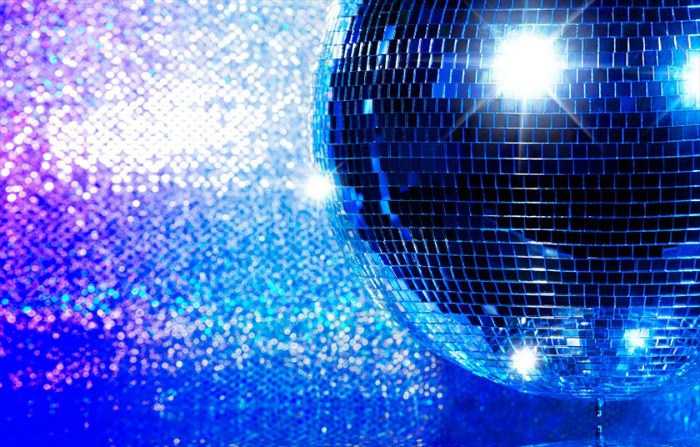 On dancefloors. Under discoballs. Next to thumping speakers and kids in furry backpacks. Thru fog machines, cigarette smoke, and puffs of glitter. In empty, burned out warehouses suddenly transformed by day-glo foam sculptures of mushrooms and hearts, evoking a modern Alice in Wonderland. This is where I felt like I showed up. Like this was my moment. It was 1992 and I was 19 years-old and rave culture had caught fire across the United States. By this time, I had already cycled through teen goth clubs, shady underage gay bars and high school parties and all of the drugs that accompany those events. I always had my eye on the next cool thing to walk around the corner. Not because I had my finger on the pulse but more out of an insatiable desire to make the party never stop. So thank god when rave culture showed up. Here were hundreds of other kids who all felt the same way. The music was the draw. I could link videos to rave classic songs for days but really 20 plus years later the truth is revealed: that music? It was pure and simple dance music. A road forged by disco culture nearly 30 years earlier was now being paved by house music, techno and everything else with a drum machine. Back then, it was rave music, now it’s EDM, tomorrow we’ll call it something else. But the appeal, whatever generational version of it, remains consistent. It paired well with drugs, with escape, with sex and with dancing with others who wanted the same things. I took so much ecstasy and danced so many hours it stopped working but I’m persistent, dammit. I rode the rave thing until the wheels fell off. When that party ended thanks to an unwelcome appearance by crystal meth, I moved on to the next which I burned out from and then moved on once again to another party, this time in Los Angeles at age 23 and one that would have incredibly high highs and crash with the worst of lows. And that so-called party lasted until I was 36.

The thing I loved about raves or trashy glam clubs in LA or gay bars, in addition to the music, was the feeling of belonging. With considerable effort and dedication to the craft of going out several nights a week, I became enough of a club presence to usually get on the guest list, maybe score free drinks and a bump or two in the bathroom. I was a minor celebrity among club friends and known in a tiny microcosm which was good enough for me. I slid naturally from clubs and guest lists to dive bars to drinking nightly at home. Formerly sparkling and social became sad and the part I loved, feeling like I belonged, vanished along with the smoke and glitter. So then what? What happens to a disco diva when the lights come up, the free drinks stop and the club friends vanish in thin air upon hearing a whisper of the word, “sober”?

For this disco diva, life got real/real depressing. Things like health, debt and broken relationships were waiting in line outside the club like I used to and just like me they were gonna get in, even if they weren’t on the guest list. In addition to waking up to the shit storm that was my existence, I also had to remove a huge chunk of my social drinking circle if I wanted any semblance of success at staying sober. It had never occurred to me in the 600 other times I tried to stop drinking that by hanging out with daily drinkers I wasn’t exactly giving myself a fighting chance. Well, it sounds obvious when I put it like that but as I’ve mentioned before I’m a slow learner. So fine. I did that. I lovingly detached from the old crew but now what? Turns out the recovery world was filled with people just like me. I didn’t take too long to find my people. They certainly didn’t look like me but honestly the world only needs a handful of valley girl voiced Moby look-alike alcoholics. What was important was they knew how I felt and knew what I was going through. They even nodded their heads when I shared horrible, crazy, unspeakable things.

2816 days later, I’m still finding my people and in delightful and unexpected places. Mainly online. There are a lot of debates about sobriety, recovery and anonymity online and as you know I detest digital bickering of any flavor so we will not go there. What I will say is this: just like I did in meetings all over the country and just like I used on dancefloors, I have found other people who were like.My #RecoveryPosse is always available on Twitter or if I’m really desperate on Facebook. Many of them have blogs. Others have podcasts. Others are normal, hilarious folks who make me laugh on a regular basis. Others I’ve even been lucky to meet in real life. The point is thanks to that cursed blessing known as technology, my people are always here and easy to find on my phone. A couple of days ago, I tweeted the opening line to the song referenced in the title. What transpired was the kind of loopy, brilliant, back and forth I’ve come to know and love from my online tribe. 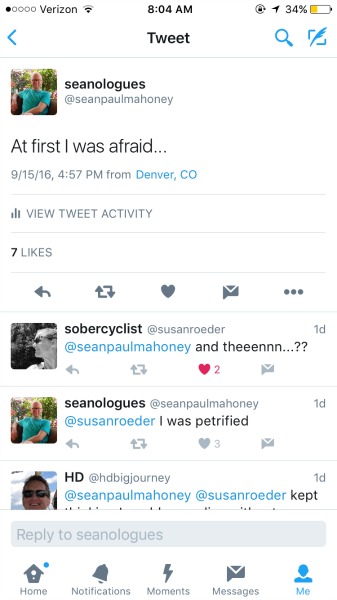 But it doesn’t begin and end there. When I blogged on UrTheInspiration, I was lucky enough to meet my people like Heather Kopp or my now real-life pal Jen and my friend Paul, who even though he’s in Canada and straight, is someone who always for some reason gets what I’m going through. A few years ago, we started an Artists in Recovery meeting in Denver and every week I run into my people there. By being on Facebook, I randomly will have someone reach out from the past who tells me they are now sober or maybe they are struggling so I meet my people there too. The thing is by speaking my truth, whether in person or online, the world becomes less scary and I’m less isolated. You don’t have to search too hard to find hundreds of studies that say people who have support have a better chance of staying sane and sober than those who don’t. I’ve found it to be true. When I tried to get by all by my lonesome, I never stood a chance. I end every Sloshed Cinema by saying, “You are never alone.” Partly to pass that onto others but mainly to remind myself that no matter how bad I feel, there’s always help. There’s somebody willing to nod their head to what I’m sharing if I just open my mouth.  And there’s always someone dancing to the same song I am, somewhere.

6 thoughts on “I will survive…but not alone”